Mankato Iron and Metal is a locally-owned family business in the truest sense.  It was opened for three brothers– Ron, Terry, and Greg–as well their dad, Wilbur Pooley.  Scrap is in the family for the Pooleys!   They have been in the scrap business their whole lives; growing up and working at Wilbur’s scrap yard located next to the Green Giant plant in Blue Earth, MN.  Today there are three scrap yards in the Pooley family which are all located in Southern Minnesota.

On April 1st 1972 Mankato Iron and Metal opened its doors for business with its yard located just off West Elm Street in Old Town Mankato.  The office was located just up the street at 514 North Front Street and was shared with Minnesota Iron and Metal.  Minnesota Iron and Metal was also the source of some of their early equipment like the Alligator Sheer, which was used for cutting iron into 3 foot pieces for many years.  Quickly, the yard had grown and more equipment was added along the way.  A Mosley Baler was one piece of that equipment and it is still in use today at Mankato Iron and Metal; a feat which is quite amazing considering the toll handling scrap takes on equipment.  In 1974, a luger scrap hauling truck was added to start to handle industrial scrap from the region.  Our first account was S & T Industry in St. James, MN and we are proud to say that after all these years, they are still one of our many industrial accounts.  This is a testament to the exceptional service we are able to provide our industrial scrap accounts.

In 1975, a warehouse was built with an attached office.  This meant that all services were located at one location for the first time to better serve our customers.  In 1976, the brothers bought the business from Wilbur and continued to grow.  In 1977, we bought our first tractor and trailers to be able to better serve our larger scrap and industrial accounts.  Over the years, we have had 6 different trucks and 6 different luger trucks.  1978 brought the first hydraulic crane, a Mosley brand crane, to help move and handle the scrap more efficiently.  In April of 1979, Mankato Iron and Metal was incorporated as a business.

Business continued to flourish at the yard for the next several years and in 1983 the yard was expanded across Elm Street, which moved the ferrous yard to its current location. A warehouse location was added as well.  The mid 80’s also brought more expansion to the ferrous side of the operation.  Two connected buildings were purchased from the Dotson Company and are used today for metal sorting and storage, along with metal receiving and purchasing.  A part of those buildings was also used to start the aluminum smelting furnace operation.  This has proved to be very beneficial for Mankato Iron and the aluminum recycling aspect of our business.

The 90’s again brought its fair share of changes.  Terry sold his portion of the operation in 1991to start his own scrap yard in New Richland, Minnesota.  The one door can operation was then moved from the office location on Elm Street to its current 3 receiving door location on Willow Street.  This move made a more streamline can operation which helps to make Mankato Iron one of the largest aluminum can buyers in the upper Midwest.   In 1997, a Sierra Baler/Shear was added to the ferrous operation, replacing the old alligator and gravity fed shears.   In 1998, the office was moved from Elm Street to be closer to the can operation and metal receiving area to better serve our customers.  This move also included adding an 80 foot long self-axeling scale to help handle larger trucks.

Early in 2012, Mankato Iron made another significant change.  Ron and Greg sold the business to the next generation of Pooley scrappers.  Dr. Tom Pooley will take the helm of operations starting January 1st 2013 and will continue to offer great service, maintain customer satisfaction and continue to grow the business.  Ron and Greg are still present at Mankato Iron, and they soon hope to step back and enjoy retirement.  Tom has two young children with his wife Hilary and hopes they will also show an interest in the scrap business in the future. 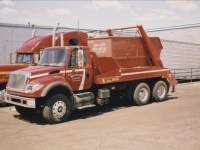 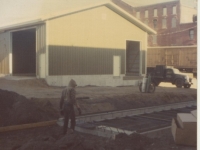 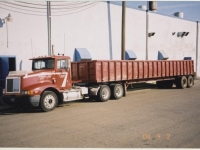 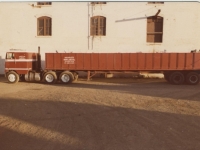 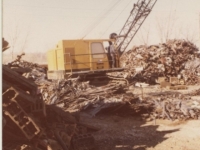 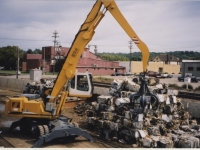 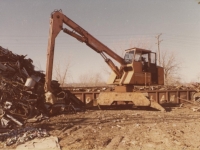 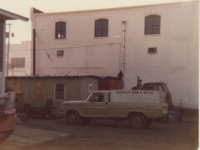 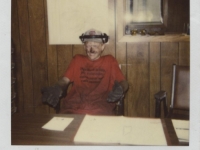 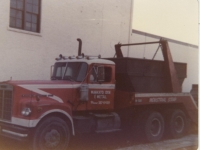